The Federal Board of Intermediate and Secondary Education (FBISE) has failed to ensure that papers for the ongoing intermediate exams are distributed safely.

According to reports, FBISE had set the final English paper for class 12 on Tuesday, June 21. However, the paper's goal section was leaked the night before it was due.

Students widely shared the objective section, which was worth 20 points, on various social media networks, mainly WhatsApp. Until the beginning of the paper, the federal board was ignorant of the leak.

Officials from the FBISE, on the other hand, have dismissed reports of a paper leak, alleging that the objective portion of the English paper that went viral on social media platforms is actually a section of a model paper.

They also mentioned that before the actual exam, numerous educational websites distribute mock papers to give pupils an idea of what to expect on the final paper. The remaining inter exam model papers are still available on several websites, and the one that went viral last night was also first posted on one of these sites.

The FBISE released the final date sheets for the annual exams for classes 11 and 12 last month.

It is getting unstoppable: Another 10th class paper leaked this year

Yet another episode of leaked exam papers 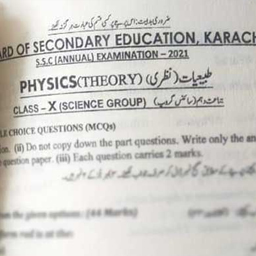