Lessons to learn from EdTech unicorns operating in India

Lessons to learn from EdTech unicorns operating in India

The Indian EdTech industry has grown tremendously amid the pandemic in 2020. Schools, universities, and educational institutions were compelled to move online as a result of the countrywide lockdown, which ended physical classes. This gave a boost to the EdTech start-ups in the country. The Indian government was quick to acknowledge this booming sector by providing its support for online and digital education in the 2020 National education policy. The situation resulted in a great opportunity for the EdTech players in India to quickly come up with EdTech solutions.

Similarly, Pakistan’s educational landscape is productive for online learning as Covid-19 has created a huge opportunity for these EdTech start-ups to showcase their potential and eradicate the gap that existed mainly due to lack of digital infrastructure.
India’s EdTech industry is rapidly growing and some valuable tactics can be learned on how to become an EDTECH UNICORN.

Currently in India, the EdTech industry is dominated by local start-ups, with no public EdTech entities as of now. Byju is the world's largest EdTech unicorn. It is worth $16.5 billion, including $3.5 billion in funding. During the lockdown, the firm benefitted from an increase in demand. The start-up’s user base expanded to more than 80 million people, despite the fact that it took more than four years to reach that milestone. Furthermore, the number of paying subscribers increased as well. Annual paying subscribers grew from 4.5 million to 5.5 million between October 2020 and April 2021.

Unacademy, another EdTech unicorn that prospered in the lockdown, is now valued at $3.4 billion and has received $876 million in financing. In early 2020, Unacademy gathered 90,000 paying active customers. It has around 0.6 million paid active members by August 2021. Therefore, securing its spot as an EdTech unicorn in September 2020.

Upgrad and Eruditus also secured their spot in the list of Top EdTech unicorns in the educational ecosystem of India. While Upgrad is worth $1.2 billion, with $361.2 million in funding. Its customer base has grown to be doubled to one million users, since the pandemic. Eruditus became the newest edtech unicorn, with a valuation of $3.2 billion and a total funding of $593.5 million in August 2021.
The future of the EdTech ecosystem in India seems brighter. According to Global Data, EdTech start-ups like Vedantu, Classplus, Toppr, Next Education, and Cuemath are expected to become unicorns in the coming years.

Currently, Byju is on an acquisition spree. With platforms like the Great Learning platform, Epic (a children's digital reading platform) and Aakash Educational Services (provider of test series) on their side, Byju is all set to revolutionize the edtech arena. Founder, Byju Raveendran has stated that the company will go public in the next 18 to 24 months.

Byju’s and Unacadmey are tapping into other dimensions

In India, edtech unicorns are reshaping the educational sector by focusing on dimensions like artificial intelligence, machine learning, and augmented reality.

Byju's has recruited Osmo, a US-based start-up that will bring a team of AI and machine learning professionals to the company. It also bought Whodat, an augmented reality (AR) start-up that offers immersive experiences that can detect a user's environment without the use of physical markers to overlay 3D material. Unacademy’s recent acquisition of Rheo Tv, a game streaming platform, allows professional game streamers to livestream and monetize their games.
Byju's and Unacadmey have risen to the top of the industry as a result of these purchases, providing a variety of offerings under one umbrella.

So far, what we have learned from EdTech unicorns of India is that Focus on your core competency and collaborate or acquire your competitors who are better in other dimensions. Also, if edtech companies want to attract a wider customer base and improve customer experience, they should invest in technologies to diversify their offerings. 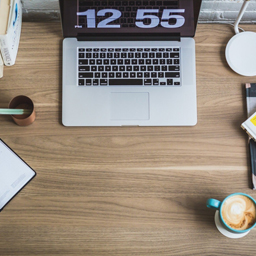