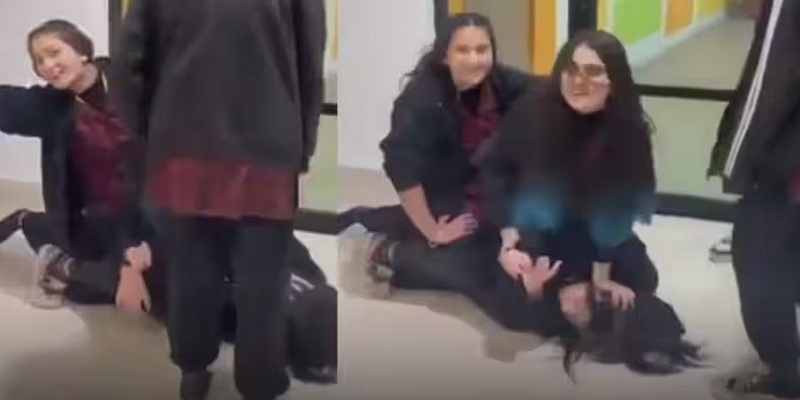 In Lahore, Scarsdale International School management suspended a female student who had been beaten by her classmates.

Express News reports that a private school in Lahore's Defense area suspended five students including the victim who was tortured. According to police officials, school management is not cooperating.

CCTV footage of the incident was also not provided to the investigator. Currently, four eye-witness statements have been recorded.

As part of the violence against the student, suspects named include Jannat Malik, Umaima Malik, and Noor Rehman. They ganged up on the girl, cruelly beating her to the ground, and then torturing her for some time at an isolated site on the campus.

An investigation committee of three members has been formed by the education department to investigate the incident.

On social media, the video of three female students assaulting a fellow student in Lahore went viral, after she allegedly told them not to take drugs.

The incident occurred last week and pre-arrest bail was granted in exchange for surety bonds of Rs. 50,000 for each suspect.

The court also barred the police from arresting them until January 30th.

It will be up to Mohammad Ali, the Lahore District Commissioner, to decide whether the school's registration should be fined or suspended.

In the video, the victim can be seen crying for help while a girl sits on her back, arm-twisting and hurling abuse at her.

There are also two girls who walk up to the victim and sit on her back, while a third slaps her. She was transported to a hospital for treatment after receiving injuries to her face.