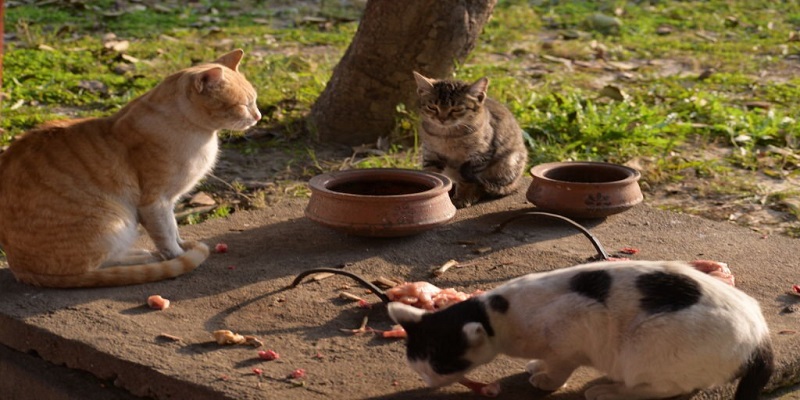 For the first time in history, Pakistan has decided to implement Animal Welfare reforms to counter animal abuse and cruelty. The Prime Minister’s Office has officially announced the banning of live animal-testing and a fine of Rs15000 on people who violate the mandate and show cruelty towards animals in Pakistan.

Additionally, according to the Premier’s Unit Head on Strategic Reforms, Salman Sufi, there will also be standard operating procedures (SOPs) implemented for pet stores and market places, which are currently in a deplorable condition.

During a news conference, Mr. Sufi stated that “Live testing of animals in vet colleges and industrial complexes is banned from today in Islamabad Capital Territory,” 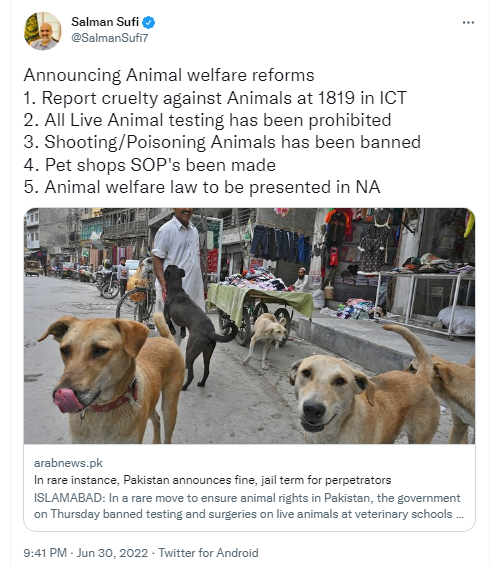 The head of Prime Minister Shehbaz Sharif's Strategic Reforms Unit, agreed to begin discussions with the group on pertinent reforms after PETA (People for the Ethical Treatment of Animals), an international organization working for the welfare of animals, wrote urgent letters to the Pakistan Ministry of Federal Education and Professional Training, among other organisations, urging it to prohibit harmful and medically unnecessary veterinary training exercises on animals.

These new regulations will outlaw live animal tests and procedures at veterinary schools and industrial complexes in Pakistan's federal capital and possibly impose a jail sentence for violators who are found guilty of animal cruelty. In addition, Sufi announced changes to be made to Pakistan's first comprehensive animal welfare law, which will be presented to the National Assembly for discussion and approval during the following session. PETA will discuss these changes with Sufi in an upcoming meeting.

The revolutionary step has been taken in response to public outrage over social media videos showing local veterinary students operating on suffering dogs they had snatched from the streets.  PETA wrote to the three universities in question—Pir Mehr Ali Shah Arid Agriculture University in Rawalpindi; Riphah College of Veterinary Sciences in Lahore; and COMSATS University in Lahore—offering to advise them on implementing appropriate skills and methods.

PETA’s Vice President, Shalin Gala has stated, “Pakistan’s landmark reforms will ban tests and surgeries on live animals for veterinary education and shift to sophisticated, humane methods. PETA is delighted to have shared recommendations for improving veterinary training with Salman Sufi, and we look forward to our upcoming meeting with him to discuss further critical reforms in biomedical research and training that will both spare animals’ lives and benefit patients.”

A uniform set of regulations for pet markets across the nation are also scheduled to be established, according to Mr. Sufi. Violators would be subject to fines and their businesses may be shut down as well.