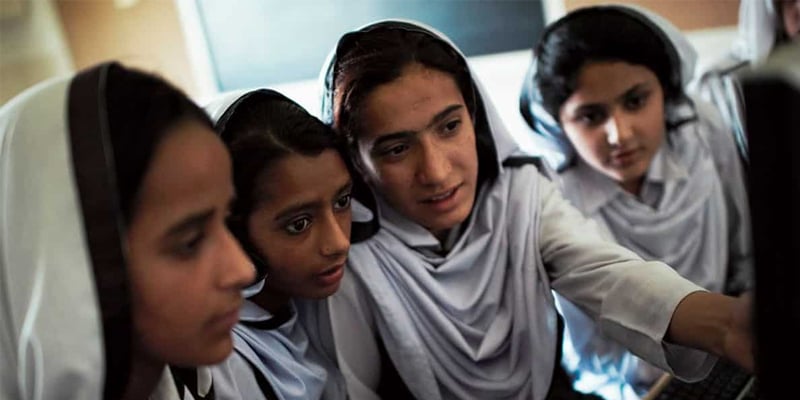 The literacy rate among 10-year-old children and above in the country has stagnated at 60%.

However, Sindh has shown a declining trend in literacy rates; show the results of the Pakistan Social and Living Standards Measurement (PSLM) survey 2019-20.

The survey was conducted by the Pakistan Bureau of Statistics (PBS) is aimed at providing data for monitoring development plans at national, provincial, and district levels for evidence-based policymaking.

It provided detailed outcome indicators at the district level with an urban and rural breakdown on education, health, housing, water sanitation, and hygiene, along with information on information communication and technology (ICT), food insecurity experience scale (FIES), and disability and migration.

According to the survey, net enrolments at the primary, middle, and matric levels in provinces have either remained stagnant or shown decreasing trends.

Enrolments at all levels are highest in Punjab, followed by Khyber Pakhtunkhwa (K-P) and Sindh while they are the lowest in Balochistan.

“There are 32 percent children aged 5-16 years who are currently out of school; the highest percentage of out of school children is in Balochistan [47%] and lowest in Punjab [26%]. “Rajanpur in Punjab, Thatta in Sindh, Kohistan, and Bajur in the K-P and Harnai, Qillah Abdullah and Ziarat [in Balochistan] are at the bottom in education indicators within their respective provinces.”

Full Immunization based on records for children aged 12-23 months increased significantly from 60% in 2014- 15 to 70% in 2019-20 and accordingly all provinces have shown an increasing trend. Prenatal care has significantly increased for women from 15 years to 49 years of age to 77% as compared to 73% as recorded during the PSLM 2014-15.

Another encouraging factor regarding mother and child health is that the percentage of deliveries assisted by skilled birth attendants in overall Pakistan has increased to 68% in 2019-20 as compared to 58% as recorded in 2014-15.

“However, it is informed that there is a stark difference in district situations within provinces regarding the health indicators,” it added. The results indicate that overall 12% of households own a computer or a laptop; 93% own mobile phones and 33% have internet access – percentages being higher in urban areas.

Overall 45% of individuals of ten years of age and above own mobile phones and 19% use internet facilities.

However, there are large gender differences in both indicators with 65% of males having mobiles as compared to 25% of females. Survey of housing revealed that there are large gaps in urban and rural areas and within the provinces in almost all indicators.

“The prevalence of moderate and severe insecurity is highest in Balochistan [23%] and lowest in the K-P with 14%,” it said.