On the invitation of its national partner, Tech Valley Pakistan, a worldwide Google delegation made up of Google for Education, Google Cloud, and Google Workspace employees based in Singapore, Australia, Malaysia, and South Korea visited Pakistan last week.

The purpose of the trip was to evaluate Pakistan's educational and public potential in order to transform them utilising Google's most recent tools and technology.

The delegation also paid a visit to the Ministry of Federal Education and attended the signing of an MOU between Tech Valley and the Ministry, which intends to use Google resources and technology to help the country's 22.4 million children who are currently not enrolled in any school or educational institute.

In accordance with the Memorandum of Understanding, parties will cooperate to offer ‘Chromebooks’ for public schools and to train instructors so they have access to the necessary resources.

Subsequently, Tech Valley Pakistan took the delegation to meet with Shahzad Khan Bangash, the Chief Secretary of Khyber Pakhtunkhwa, and gave him an update on the country's ‘Google for Education’ initiative. The team investigated the potential to improve e-learning and deploy digital management systems in schools and colleges at the provincial level while discussing Elementary and Secondary Education and the KPK Higher Education Board.

The delegation visited the Chief Secretary of Sindh and met with the Secretary IT and Secretary Education, in Karachi, before ending their trip.

An interesting fact to note, Google has also recently released a suicide hotline exclusively for Pakistan.

‘Umang’ is a mental health hotline that provides support to vulnerable Pakistanis who are considering or planning suicide and is recognised by the World Health Organization (WHO).

The WHO estimates that Pakistan experiences between 130,000 and 270,000 suicide attempts annually. The alliance between Umang and Google, according to the tech giant, intends to address Pakistan's soaring suicide rate. 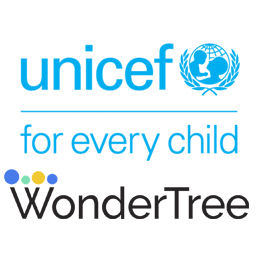 Pakistani startup for children with special needs selected by Google, UNICEF for investment