Batman was a Real character

Batman was a Real character

Batman being one of the widely known fictional superheroes of all times has an enormous fan following and the fans seem to love everything about batman, be it goodies, batman designed shirts, caps and movies, they are always excited for the movie and the internet would be buzzing over the cast in the upcoming Batman film. This time it’s not about the cast or movie but one of the bat creatures from Mesoamerican mythology named Camazotz.

Camazotz means "death bat" in the Kiche’ Mayan language of Guatemala which indicates that Camazotz is associated with death in the Maya culture.

It emerged as a deadly cave-dwelling bat creature in Mesoamerican mythology. The monster gained a cult following among the Zapotec Indians of Oaxaca, Mexico, and was later included into the Maya Quiche tribe's pantheon, with the tales of the bat God being documented in Maya literature.

In many cultures, bats are regarded as deadly creatures. Because they are nocturnal, they are linked to the night, which is typically connected with death. Many common species also have a strange look, which makes them even more unpleasant to humans.

Camazotz was also the name of a hideous beast who lived in the Popol Vuh's "house of bats" cave. Camazotz was modelled on a big vampire bat that apparently became extinct during the Pleistocene or Holocene periods, according to most scholars.

In South and Central America, bat-like demons and creatures are common. The Chonchon, which may be seen in Peru and Chile, is supposed to have been produced when a sorcerer known as a kaku conducts a magical rite that causes his severed head to sprout huge ears and talons when he dies. The colossal ears are transformed into wings. Because of the widespread occurrence of big bat monster legends, many archaeologists believe that the monsters are based on experiences with genuine animals, such as the vampire bat. Because of its historical link with bloodletting and sacrifice, the vampire bat is favored. It's possible, though, that the legends are based on a big bat that lived during the Pleistocene or early Holocene and may still exist now.

A vampire bat fossil was also discovered in the Venezuelan region of Mongas in 1988. Desmodus Draculae was the name given to a bat that was 25% larger than a modern vampire bat. It's most commonly referred to as the giant vampire bat. The common vampire bat, D. Rotundus, has a wing span of eight inches (20.32 cm). Because D. Draculae was 25% larger, it would have required more blood and would have most likely attacked larger animals, including humans. It is undeniable that an attack by a rare big bat would spawn supernatural monster legends. 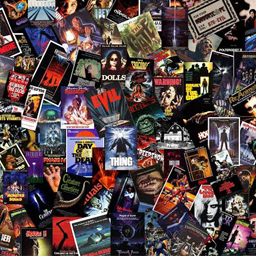